In honor of those who go above and beyond to serve our nation and protect our beloved families, the World Mission Society Church of God in Maryland held the Military Family Appreciation Festival. The event took place at the Burba Park Recreation Area, located on the Fort George G. Meade military base, in Maryland. Many volunteers from the Church of God lent a hand to prepare for the event to give military members a special day to spend with their families.

About 200 people attended the festival. With home-cooked dishes and BBQ, the festival was not short of delicious food. Even several performances were lined up. The Band of Survivors, a rock band consisting of members of the Church of God in Maryland, played several songs. Other pieces included break dancing squads, solo singers, duets and interpretive dance. The crowd received the performances with standing ovations, cheers, and applause, which often led to encores so that even children could join in on the songs and dance along. 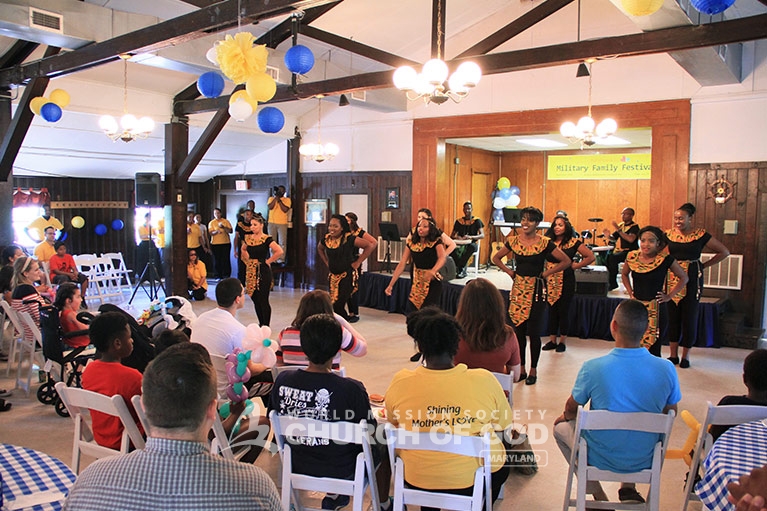 Church members putting on a special dance performance for families. 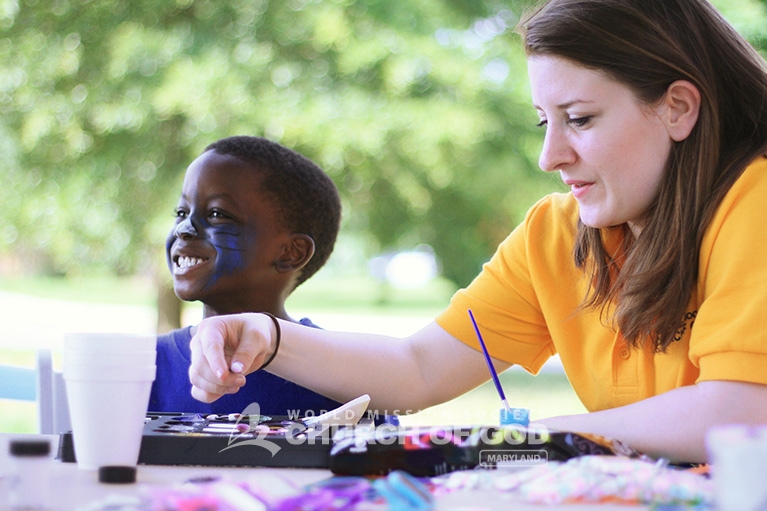 Little boy showing a bright smile as he gets his face painted.

The weather could not have been better, with clear blue skies and the sun shining brightly—just a beautiful summer day. Children had a blast bouncing around in a colorful bounce castle, getting their faces painted and having their favorite balloon animal made right before their very eyes. Adults enjoyed the different sports activities and the whole family could grab a refreshing snow cone from a vendor in attendance. Service members who rarely have time to spend with their families were pleased to see how much effort the Church of God volunteers made to create a fun atmosphere for their children. 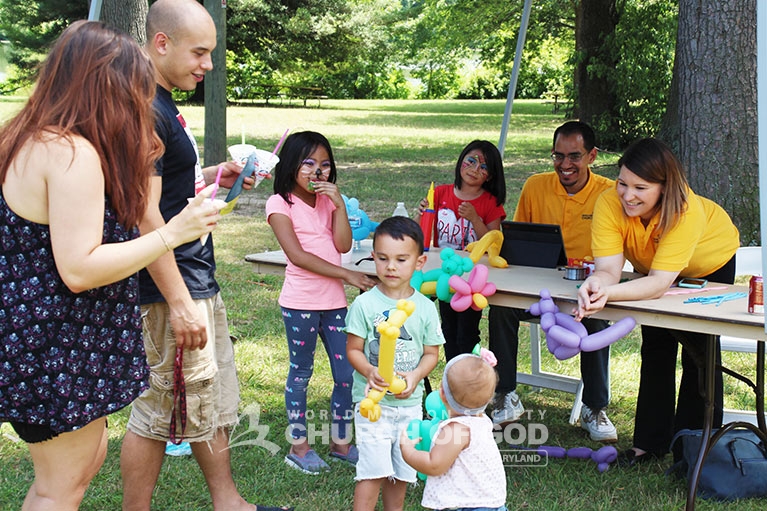 When asked what fueled their efforts, the volunteers explained that they were eager to make a memorable day for parents and their children, and to acknowledge the sacrifices of military families, which many times go unnoticed. Guests were impressed by the unity and positivity of the members and wanted to know more about the Church.

Officials at Fort Meade requested that the Church of God make the Military Family Appreciation Festival a regular event so that they could invite more soldiers and their families on base to attend. There are currently more than 10,000 people living at Fort George G. Meade. The World Mission Society Church of God in Maryland will most certainly hold the event again, in order to honor the Fort Meade military members and their families for their sacrifices.